It Ain't Over 'Til It's Over

Once again the summer has blown by, and we are faced with the coming of cooler weather, falling leaves, and the holiday season.  While there are a lot of people who are very excited about the arrival of autumn, there seem to be quite a few people who are still staring at the calendar crying: "Where did my summer go??"  And while it's true that Labor Day has come and gone, it doesn't neccessarily mean that summer - and everything associated with it - is quite ready to be packed up until next year. 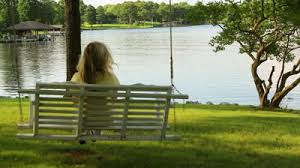 ﻿
When I reached my college years (and my schedule was no longer confined to full days spent in public school), I discovered that the seasons don't actually follow what it says on our calendars.  September may have pictures of people in sweaters and long pants, but I found myself headed to the nearby lake to sit on the beach like it was June until well into October.  On random crisp days in July I would curl up with some hot cocoa and a book as if it was November.  And I was throwing down the picnic blanket in the backyard on really warm days at the end of February.
As the early spring rolled around, I began to point out to myself that summer really started in March and didn't end until October.  Not that it was perfect 75 degree weather (as if real summer gives us many of those days anyway!), but that I could still do most of the things I enjoyed about the summer for really almost half the year instead of being confined to the weeks between Memorial Day and Labor Day.
I prefer to focus on each day as its own day instead of it being a part of a whole month or season with very specific expectations.  Sure you can go out and start enjoying the apple picking and bonfires (because seriously, who doesn't??), but don't leave your summer behind in the dust if you're not quite ready to part with it yet.  You may have to add a few more layers to your outfit, but you can still hit the beach, the zoo, the backyard, the playground.  It's true that September has arrived, but that doesn't mean all the fun has to end.
Posted by Daily Vacationer at 5:08 AM