Hot dogs. Homeruns. And heartbreaks.  Join the National Museum of American Jewish History as they explore the role minorities played in adapting to and changing the American culture through the sport of baseball in their exhibit Chasing Dreams: Baseball and Becoming American, running from March 13th through October 26th.  Learn not only about actual players, but the influence made by vendors, team owners, broadcasters, fans, and more.  This exhibit is included with the price of admission. 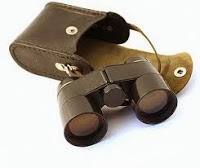 Posted by Daily Vacationer at 6:53 PM